Getting into Photography in 2015

I’ve always struggled with photography. After a trip to London at the age of 15, I realized that I had taken the worst pictures ever, and was really disappointed. So naturally, that was it for me and photography – at least for the next few years. Then, the iPhones came but I never quite got beyond taking snapshots. I also was just disappointed when they didn’t work. Or didn’t in Instagram’s square format – which, admittedly, is a bit less of a problem now, because the squares are gone now (the joy, the joy!).

Don’t we all take photos?

But, haven’t I been a “photographer” anyway? Aren’t we all, nowadays?
Well, yes and no. I watched photography from a distance. A few times I had fooled myself into thinking that I’d learn about exposure, aperture and all that complicated stuff just from an old book I had found in my father’s collection. My best guess is that I opened it once, saw a formula, and never opened it again. I never got to know basics like the triangle of aperture, shutter speed and ISO. Or optics in general: What is the focal length, what is the aperture? Being a technical person, I still knew what a DSLR was – but not much more, nothing that brought me closer to the very matter of photography. With only a smartphone, I realize now, I had no “way in”.

A few months ago, I finally accepted a friend’s offer to borrow his DSLR, and everything changed. Turns out, dialing in all the settings individually really opens up the process/mystery of how a photo comes together.

But let me back up a bit. I found that photography as a hobby is a bit like learning to play the guitar. You might not have a close friend who is a famous rockstar, but you probably have a few friends or relatives who at least at some point have played the guitar – and still have one sitting in their basement.
Same with photography: I bet you know someone who has a camera just lying around. And I’m not even only talking about an old point-and-shoot, but a consumer-level DSLR, like the Canon X00D (“Rebel” outside the EU) or the Nikon DXX00 models. Any of those, and probably a lot of other cameras out there are totally sufficient to find out whether or not photography is a thing you’re interested in just by playing with them. You won’t break anything, can learn everything there is to know, see which parameter has what effect in the end result.

To circle back to the smartphone question: Yes, the cameras in smartphones nowadays are actually black-magic awesome, especially considering their size. Over the last few years, every time I was beginning to realize I’m interested in taking pictures, visual arts etc., that fact popped into my mind. And I stopped there, just short of seriously considering what would happen if I took a more serious camera in my hand, and tried to understand it.
Yes, I know that there are very, very talented photographers out there who take marvellous pictures with their iPhones. Some of them have never used anything but an iPhone, but many use and have used all kinds of cameras before – for several decades, even.
The thing is, though, that the iPhone has a special camera (a very special camera for very general purposes, one could say). Learning, or getting better at photography with it is a bit like learning how to drive in city traffic using the Mars rover. There are fashion shoots done entirely on an iPhone, but they’re still stunts.
For me, it’s not so much about the picture quality as it is about the accessibility of the mechanics that I mentioned above. The better image quality and options in lenses dedicated camers offer is, for the learning aspect, just added benefit.
So, still could be the iPhone is all you need, but it’s more likely that it doesn’t make photography as approachable to you as a dedicated camera would.

Let’s hear Chris Plante on this:

For most, the markedly improved cameras in our cell phones are enough. But I do suspect there are people like me who unwittingly forgot the pleasure of good photography because their phone made things easier and it captured images well enough.

His point and mine, I guess, are kind of aligned in that we’re both saying: The in-between state of smartphone photography is nice and all, but it might really pay off for you to dive in deeper.

All of this goes to say: If you sense that you have a thing for visual works, go for it. You might be frustrated with some pictures out of your iPhone really working and some really not, and I have good news for you: It doesn’t have to be that way. 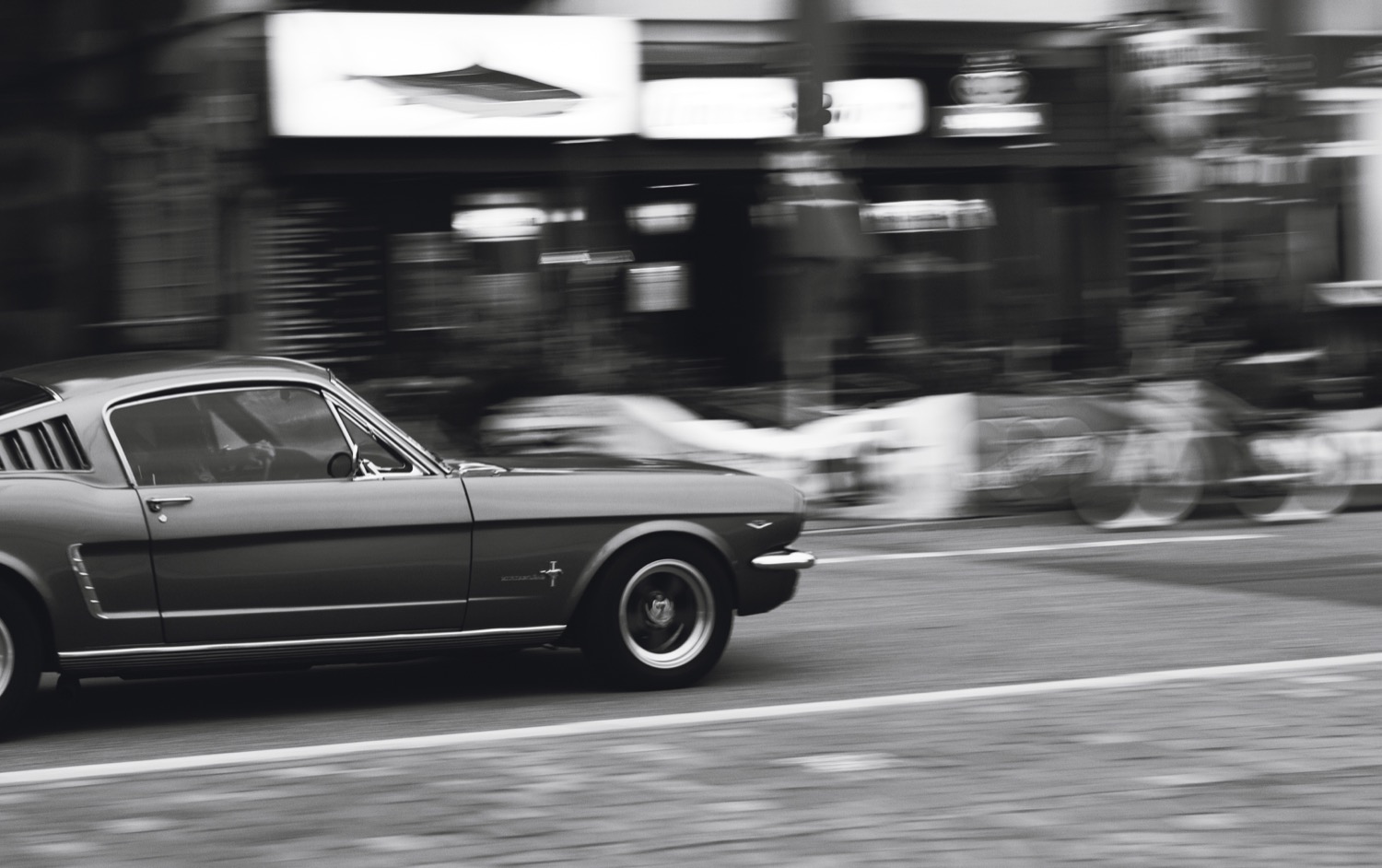 That’s enough for a motivational speech, let’s get a little more hands-on.

If you know somebody who knows how to shoot a camera in manual mode, just buy them a beer or guilt them into explaining the basic controls to you. For me, it started to click a short time after I had taken two photos of a lamp post next to me, one with a large and one with a very small aperture. From there, I was motivated enough and internalized “the triangle” in no time.

If you can, try out aperture priority mode. It’s called A, Av or something like that on your camera’s mode dial. The aperture has the biggest stylistic impact on your picture most of the time, therefore it makes sense to adjust it manually and let the camera figure out the rest, which then is ISO and shutter speed. You worry about those later and only appreciate the effect aperture has on the picture. Not convinced? Try to be convinced by this video!

If there are no manual-mode masters in your life, or if you want to dive in deeper: The internet has got you covered! I mean: I do like to figure stuff out by myself. I consider looking at a manual a failure, either for me or (more likely) for the manufacturer.
On the other hand, I do google stuff like any sane person nowadays should. Somewhere between those extremes, there are (YouTube) tutorials. I fully acknowledge that I am the last person to say this, but YouTube is awesome! There are also great for-pay tutorials on sites like lynda.com where you don’t have to pick the good tutorials out of the sea of the not-so-great ones. With a little effort though, you can find something that really kickstarts almost anything you’re not so skilled at yet on YouTube.
Anyway, I feel like for photography, there are very bad tutorials, especially the more general ones. So I’m just gonna throw a bunch of links in here :)

In this episode of the excellent What’s Tech podcast, Chris Plante (yes, from the article mentioned above) and Sean O’Kane explain what DSLRs, mirrorless cameras, ISO, shutter speed, and RAW are – recommended.

With all of the above, don’t mind the theme music, and/or dad jokes.

Cameras or Whatever
I also really enjoy the Cameras or Whatever podcast. They say it’s a “podcast for the working photographer”, but I didn’t find that to be a barrier for me as a beginner. I started with these episodes because they hit topics that were also wandering around my head. This order should be roughly equivalent to the relevance to beginners I think: 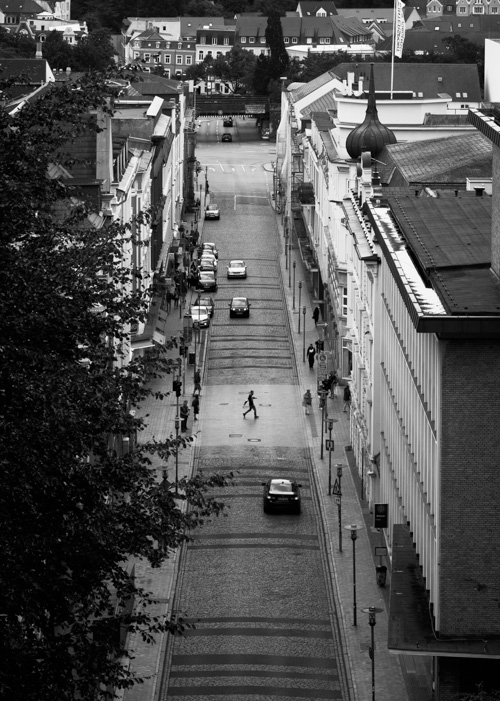 An extra word on focal length: One could think it’s as easy as googling the definition… but it is not. All the graphics and examples like “greater focal length brings you closer” really didn’t do it for me, until I saw one specific graphic that I can’t find anymore. 🎉
Everything that focal lenght was to me were random numbers. Missing was a reference. But there is one, and it is our, the “regular” human field of view. Of course we have very wide peripheral vision, but the FOV people with glasses have for example, the “main” part of the vision is roughly equivalent to a 40-50mm focal length. Therefore lenses in that range are called “standard” lenses.
I find this diagram by Panasonic to be okay-ish. It comes close to the one I am not able to find.

Also handy, because you can play with the different examples and it also incorporates the focal length’s effect on the perspective is this site by Sony – I think you can see the compression effect pretty well in the example with the fountain.

Of course it can always get more complicated, if you want it to. I only really learned about mirrorless cameras when I thought that I had settled on getting a used prosumer/enthusiast DSLR for myself. I now own a mirrorless camera. Here it is: Choosing a Camera in 2015

Update: I stumbled across Shawn Blanc’s post about how the iPhone made him want more out of his photography (and which camera to pick for that). Interesting to see his angle on this topic.